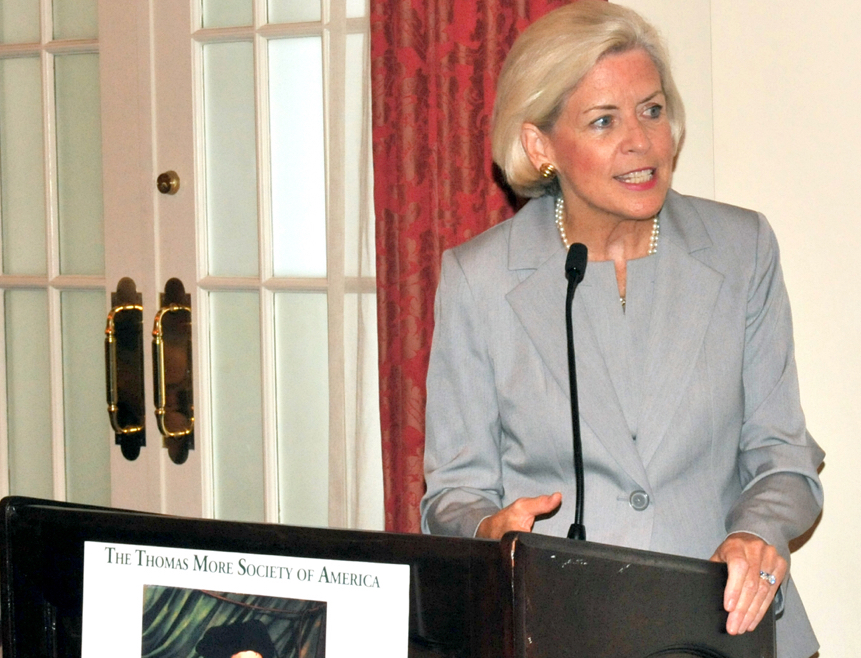 Jane Belford, Chancellor of the Archdiocese of Washington Spoke to the Society on October 25, 2012.

On October 25, 2012 Jane Belford, Esq addressed the Thomas More Society at a luncheon at the Army Navy Club in Downtown Washington. Her talk dwelled on the Administration’s madate which requires health plans to cover abortion inducing drugs, contraception and sterilization. Twelve lawsuits have been filed in Federal courts all over the country, representing Catholic Dioceses with another thirty five suits filed by Catholics and non Catholics in various states, she said. She noted the Church has a long history of charity to others regardless of religion. Catholic schools, Universities, hospitals and other services offered to the poor are being asked to act against their religious beliefs and therein lies the Government encroaching on freedom of religion guaranteed by the first amendment. If not obeyed, she added, the mandate imposed massive fines and penalties.